Skip to content
Courses Film Making How To Acting

As we’ve shared the complete film making process in our previous post of Filmmaking in Pakistan and how to become a film maker? Over here we are sharing Cinemato Production’s FilmMaking Course that enables you to make films. You don’t need any study or degree to enroll in our filmmaking course. In this course we teach you from the basics of film making to advance level of filmmaking. This filmmaking training makes you professional film maker and enables you to produce innovative short films, web series, and films. 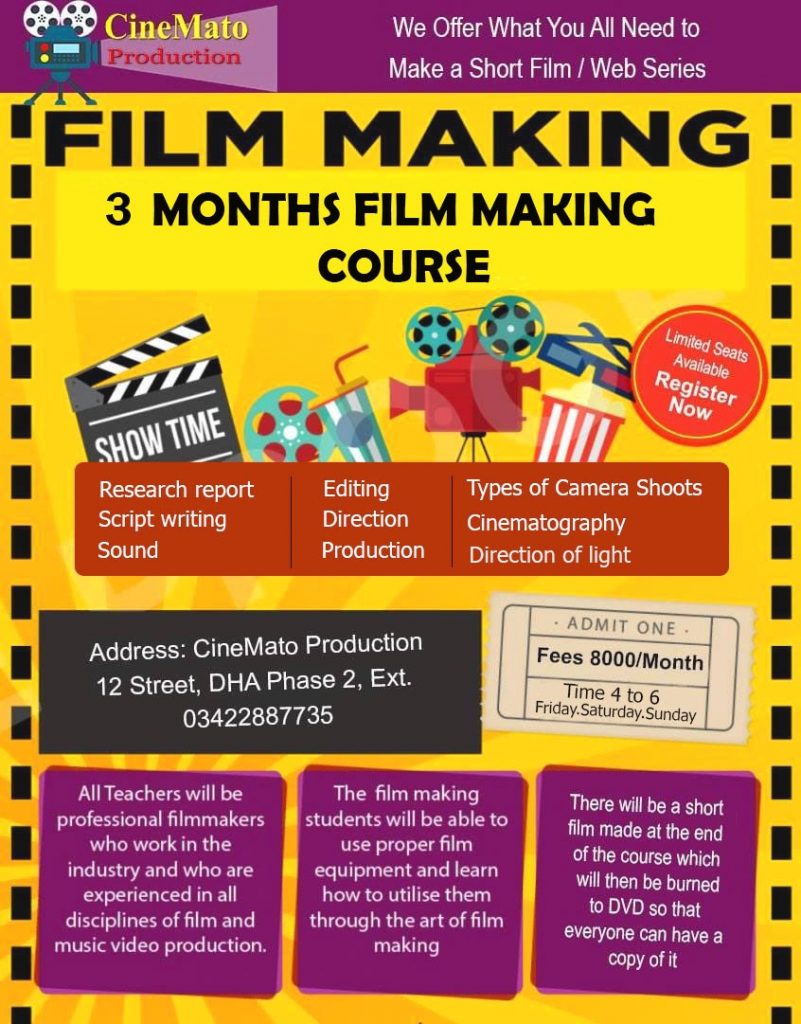 1 What is film and formation of film?
2 Cinematography and what is camera?
3 Compositions
4 Direction of lights
5 Three point realistic and artificial studio lights
6 Mise-en- scene
7 Two, three and five point lighting
8 Fibonacci framing
9 Script writing of film and drama
10 Research report of film
11 Transitions and Cuts
12 Cinematic story telling lights of emotion and feelings
13 film movements
14 Helvetica and its types
15 Types of camera shots and its meaning
16 Types of colors
17 what is aesthetics, aesthetical elements and color’s aesthetics
18 story board
19 Phases of production
20 Acts of film
21 film video format and difference between PAL and NTSC , their uses.
22 Types of sound
23 myths of rule of third
24 vision theory
25 uses of dedolights and lights of horror.

At the end of this course all of our filmmaking students makes their own short films.

How To get an Entry in Showbiz Pakistan